Microsoft App-V has been end of life (EOL) for a while. The latest 5.1 release came out in 2015, and the mainstream support ended in 2018. Currently, App-V is in extended support till 2026, when App-v- will officially be dropped. This means that App-V is dead, and if you still use App-V, you must start to look at alternatives. In this blog, we will look at one of the alternatives, Liquidware FlexApp.

FlexApp from Liquidware is an application layering product. It delivers dynamic application layers to any windows desktop without needing to change the underlying base image or operating system. You can send these application layers to virtual workspaces like Citrix, VMware, AVD, Amazon Workspaces, or even physical devices. FlexApp layers work on machine boot, dynamically during users logon or on demand with Click-To-Layer technology. Then the application layer is only attached when the end user starts the application. FlexApp layers can also be transformed into a single EXE file with FlexApp One. The only thing the end user needs to do is start the EXE, and the layer is attached, and the application is presented on the device like it was installed locally. The EXE files also have a command-line available, taking away any user need to have install rights, manual activation, or creating shortcuts. This allows for super-fast distribution of FlexApp to all devices with tools like Microsoft Endpoint Manager (Intune) and Ivanti Automation. You can now even automate the creation of application layers with FlexApp Packaging Automation allowing FlexApp to integrate with tools like Azure DevOps and Ansible.

As you can read, application layering has many advantages over application virtualization. One of the most significant advantages I think is the speed, app compatibility and integration. Making an application layer is way faster than packaging an application. And loading the application for the user is so much faster because the virtual packages do not need to be loaded and cached. The layer is attached directly, and you have instant access to the application. But there are more advantages like Liquidware FlexApp is actively being developed, and new features are added. Application layers are easier to migrate between OS versions and are more stable, in my experience. Microsoft is busy with a new alternative for App-V called MSIX but its not as feature rich as the application layering technology of Liquidware. MSIX has a success rate of 30/40% of packages without external tooling. Also MSIX is not supported on all Windows 10 and server OS’s. The main features are now limited to Windows 11. All this together makes FlexApp a way better alternative.

The built-in conversion tool is the best feature to switch to Liquidware FlexApp from App-V. Within the FlexApp console, you can choose to convert your existing App-V packages to FlexApp layers. You can even do this in bulk. Once your package is converted to a layer, you can use all the same features as if it were a standard FlexApp layer. For example, you are using FlexApp One or Click-To-Layer. 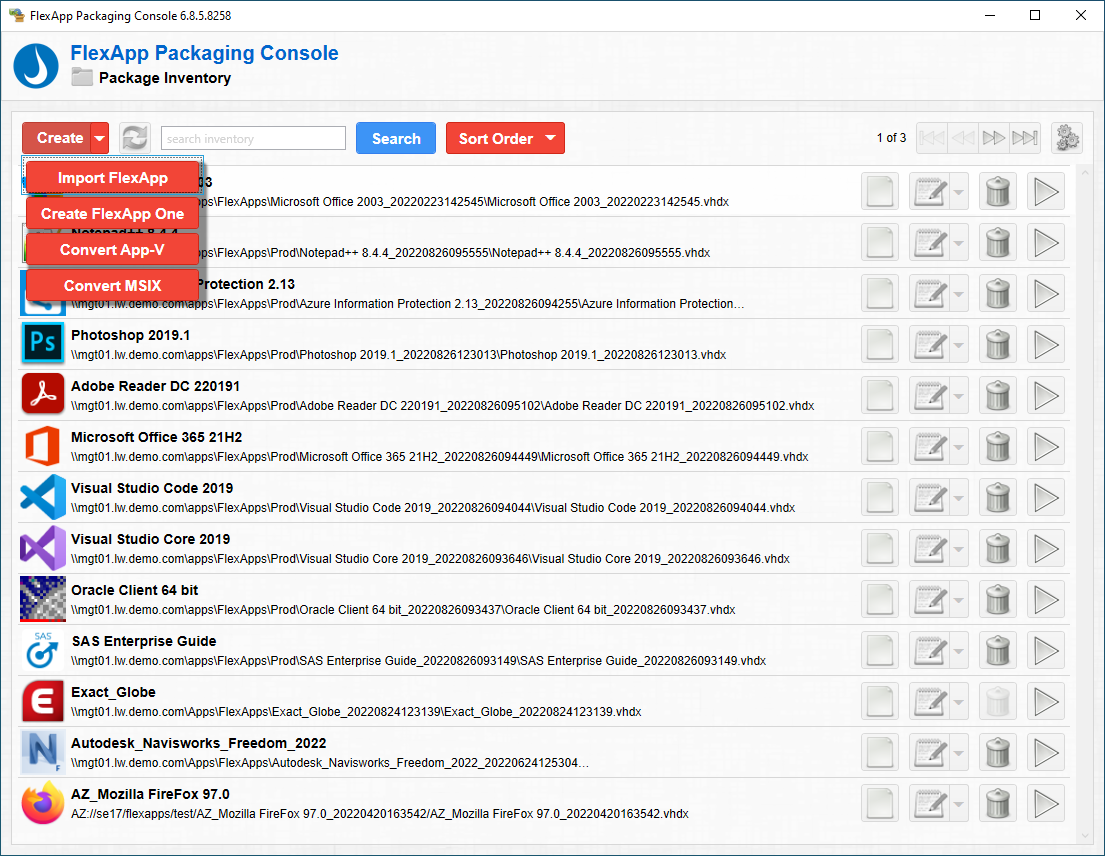 In the next screen, select the App-v packages you want to convert and click on Convert. 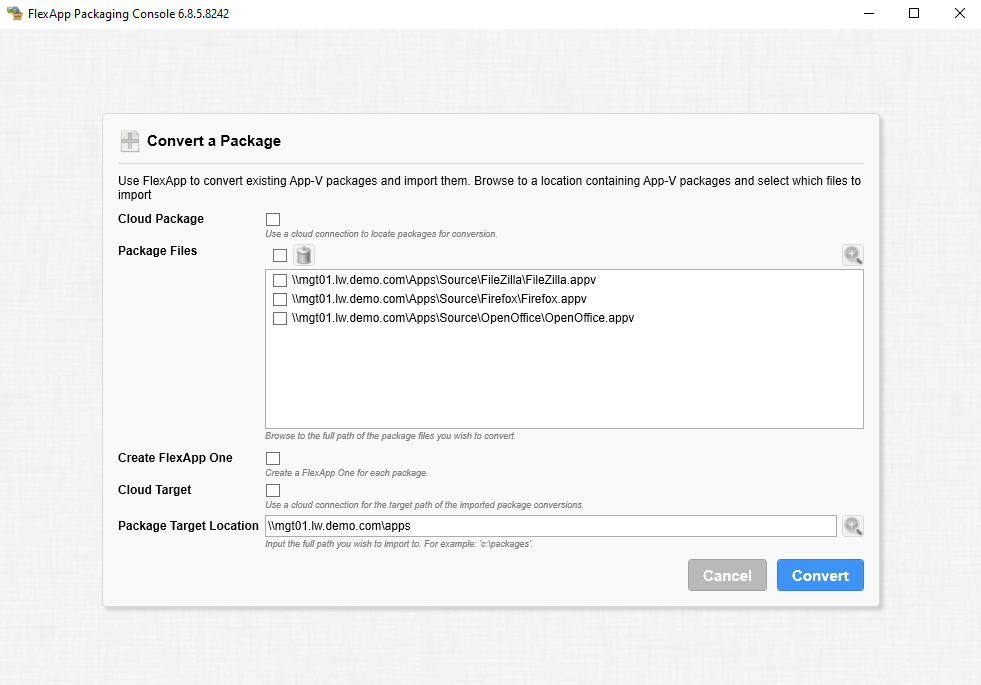 And that’s it; the console will now convert the App-V to regular Liquidware FlexApp packages. 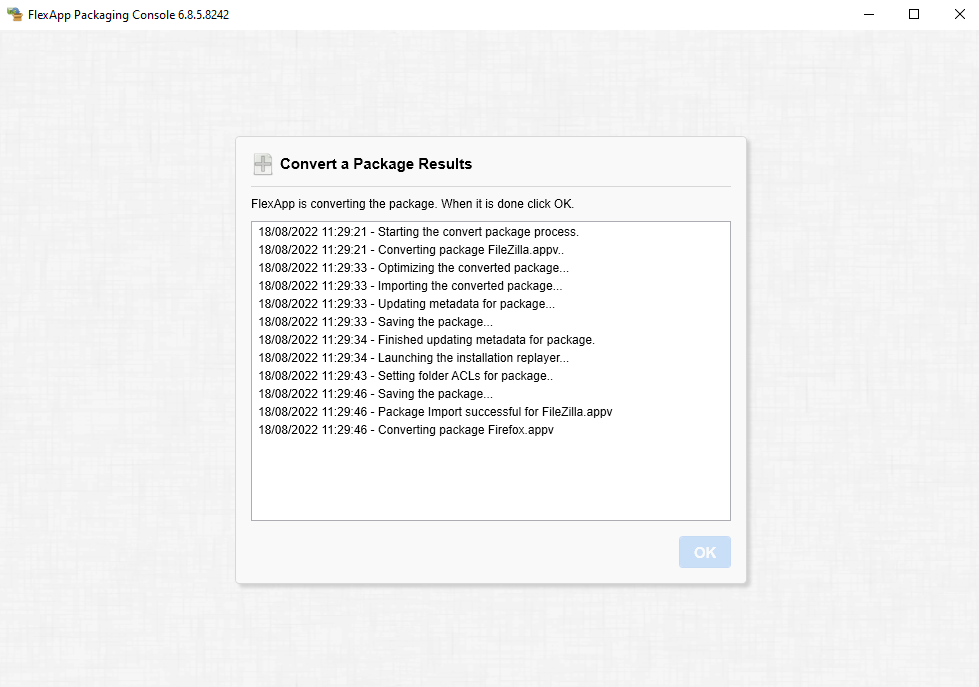 If you want to learn more about FlexApp, follow the link: https://liquidware.eu/dynamic-application-layering-for-any-digital-workspace

I hope this was informative. For questions or comments, you can always leave a reaction in the comment section or contact me: